The prototype development cost was approved and the customer issued a purchase order. Flextech built the prototype tool and sourced cross-linked polyethylene foams of various densities that we would use to mold prototype parts. Our intention was to provide our customer with a range of materials to evaluate and test.

“Determining a manufacturing process and selecting application-specific materials are both integral to the successful engineering and development of your functional foam component.“

We initially struggled with compression molding the trays due to their significant draw ratio – the height or depth of a part relative to its perimeter dimensions. In the deepest tray features, the foam was stressed and tore during the molding process. Typically, using a mold release agent would solve the problem. However in this case, because the tray is used to package a sterile medical device, a release agent would compromise the pump’s sterility.

In order to mold the foam tray parts without tearing the material, our R & D team experimented with a number of process variables that can affect the material and the parts. After considerable experimentation we made adjustments that allowed us to successfully mold the prototype parts with no defects.

Request A Product Selection Guide
Send Us Your Question 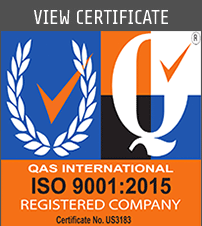